(1) The Greater Baybrook Alliance (GBA), a new CDC, which was formed to serve as a neighborhood revitalization catalyst for the Brooklyn Park, Curtis Bay and Brooklyn communities.  While only three years young, GBA has already garnered over $3 million in capital improvement funding to transform affordable housing, install ballfields and parks, and conduct beautification and sanitation projects to improve quality of life as part of this cross jurisdictional effort.

(2) The Light House Annapolis, a homeless shelter and transitional housing center, which seeks to not only provide housing for homeless persons, but to empower people with the tools they need to transition toward employment, permanent housing and self-sufficiency.  Specifically, Light House was recognized for their work through Light House Bistro and the Safe Harbour Center.

(3) Chrysalis House Inc., a residential substance abuse treatment program, which also offers critical transitional housing for women and their children as they go through the recovery process.  Chrysalis operates four homes for women and children on the path to recovery and self sufficiency in Arundel County, providing substance abuse and mental health treatment along with child care and rent-free housing. 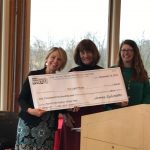 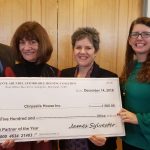 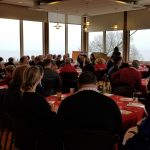 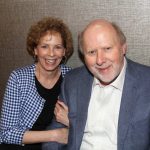 Peter Ponne and his wife Leslie

The AAAHC also announced Peter Ponne as their 2018 “Housing Champion.” For many years Peter helped to make affordable housing happen in his job at SunTrust.  During that time and for many years since his retirement from that job, Peter has volunteered his time and expertise to the ACDS Board of Directors and to the Housing Commission. His knowledge and time has played a crucial role in the success of both of these organizations and their ability to provide and support affordable housing in this County.  In addition, Peter was a very active Board member for the Boys & Girls Club – and has helped to ensure these clubs support our affordable housing communities.