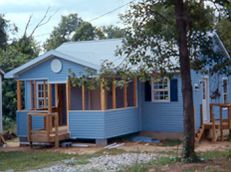 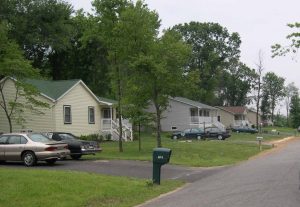 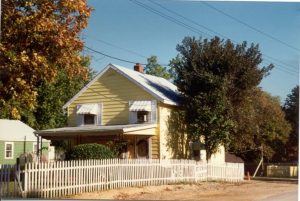 Bacontown is an historically significant African American community in Anne Arundel County located along Whiskey Bottom Road north of Laurel, Maryland.  Bacontown got its name from Maria Bacon, who was deeded the property shortly after she was freed from slavery in 1860.  It grew into a thriving hamlet of three dozen houses and trailers, with its own little white church and a tiny school. However, the 1980’s brought drugs dealers and prostitutes, along with a deteriorating housing stock and inadequate water and sewer facilities.  In the 1990’s, Arundel Community Development Services, Inc. (ACDS) lead a large-scale public-private comprehensive redevelopment process with the backing and support of the Bacontown community. 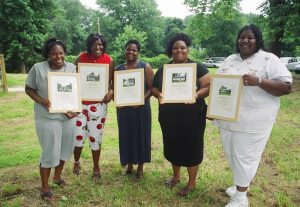 Working closely with the residents and making strategic use of federal, State, and County funds, the ambitious revitalization included the installation of new public water and sewer facilities, road improvements, and the renovation of 18 owner-occupied homes.  In addition, ACDS purchased nine vacant parcels of land and constructed affordable homes for first time homebuyers.  ACDS provided homeownership counseling and closing cost and downpayment assistance to the new homeowners, many of whom had roots to the Bacontown community.  The State of Maryland provided low cost mortgage funds for qualified buyers.  Seven of the new homeowners participated in the Neighborhood Leadership Academy, a program sponsored by Leadership Anne Arundel that equipped the new residents with skills to engage and lead their community in an effort to keep their neighborhood viable and free of crime.

Thanks to the financial and technical assistance made available by ACDS, and the involvement of a strong community, today Bacontown is a replicable model of a successful revitalization effort.  This community is a great example of a innovative public-private venture that successfully revitalized a declining neighborhood, and financially and technically supported, the making of a thriving affordable community with a bright and sustainable future.