ACDS is working remotely and ready to assist you. In addition to our regular programming, we have the following resources available in response to COVID:
Eviction Prevention Program, Water Bill Relief Program, and Foreclosure Prevention Counseling.
Contact us via email at info@acdsinc.org or at 410-222-7600 (dial zero), or click HERE for a staff directory. 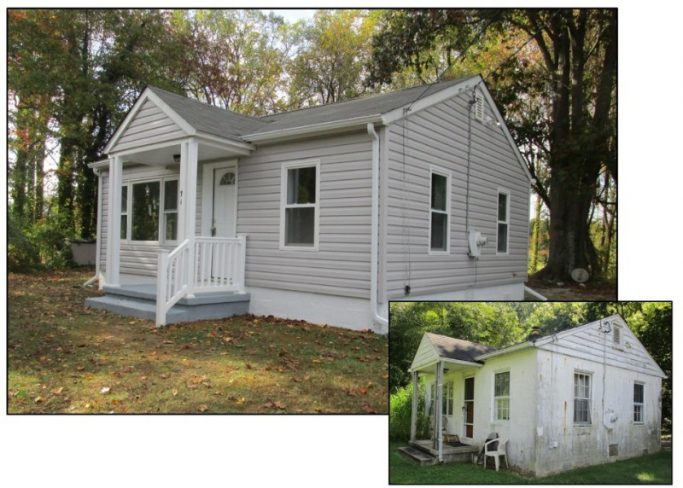 In August 2016, ACDS received an application to rehabilitate a small home occupied by a man named George* in his early 70s. George was living on a very fixed income due to his cognitive disabilities. The house was originally built by his parents in 1952 to house their six children, and had recently become uninhabitable due to degradation, termites, and water damage. As the home had no mortgage, it had significant equity, so ACDS leveraged Community Development Block Grant (CBDG) and other sources of funding to conduct the rehabilitation work. The home was rebuilt from the ground up, leaving only the outer walls intact. Beginning with the floor support beams which had begun to decay, the contractor redesigned the floor frame, redid the kitchen, installed a new HVAC system, and left the home looking brand new – after only four months of work. In October 2017, the resident happily returned to his family’s home, another satisfied client of the ACDS Property Rehabilitation Program. Because funds were made available as a zero interest, deferred loan, the costs of the renovation were affordable for George’s income level and he was able to remain independent in his home.

*The name of our client has been changed for privacy purposes.